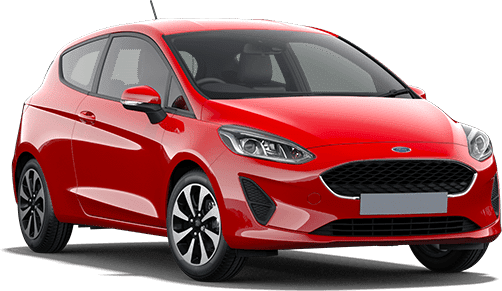 Tailored quotes from a panel of convicted driver insurance specialists

Lets get you back on the road after your drug driving conviction!

With an unspent drug driving conviction drivers can expect to pay more but finding cover isn’t impossible. The panel of specialist drug driving insurance providers can help you with a tailored quote.

If you have a drug driving conviction (DG10, DG30, DR80, CD50, DR90, MR29) that is unspent, then you should expect your car insurance premiums to be higher. However, it isn’t impossible to find the cover you need. A DG10 insurance quote that is tailored to you can be found via the penal of specialist drug driving insurance providers. They will be able to look at fair prices based on your circumstances and convictions, this includes all levels of cover, European cover as well as UK cover. They will also be able to look at flexible payment options, and you will get your documentation instantly.

Everything you need to know about drug driving and insurance

Drug driving insurance quick tips
In the UK, driving a motor vehicle when you are not in a fit state to do so because of drugs, both legal and illegal ones, is an offence.  As a driver, it is your responsibility to ensure that you are not over the legal limit for drugs and that if you are on prescription drugs you are allowed to drive while taking them – ignorance is not an excuse. While it is more common to hear about drink driving in the press, the penalty for drug driving is also heavy. If you have a conviction for drug driving, then you will be considered higher risk by insurance providers and will require specialist drug driving insurance cover that takes your conviction into account. The laws were updated on 2nd March 2015, and the roadside drug testing kit was introduced. These new updates to the law saw a staggering rise of 140% in the rate of drivers who were charged nationally. The statistics are startling, drug drivers are around 30 times more likely to be involved in a serious accident, and around 200 deaths per annum are caused by drug driving.

In addition to points on your licence, the following penalties are in place from drug driving.

Back in 2012, a new approach to drug driving was introduced. This ‘zero tolerance’ approach means that any claim of ‘accidental exposure’ to an illicit drug could be ruled out with the set limit based on scientific research and evidence. Most convictions in regards to drugs are from taking illegal substances rather than prescribed ones found above the limits in this table:

Drug-driving convictions often happen because people drive or attempt to drive after taking illegal drugs, but you can receive the same conviction and a driving ban for driving under the influence of prescription drugs.

You can still drive if you are prescribed these drugs and you are following the instructions from your doctor or alternatively the drugs are not affecting your ability to drive. The panel of insurance providers can certainly help if you have been convicted of driving over the limit on prescribed drugs – just enter your registration above to and hit the green button to get started.

Get car insurance quotes with a drug driving conviction now

If you have any of the above convictions and want to get car insurance quotes then simply click the green button below. After providing the required information, you’ll be sent your tailored quotes from the panel of convicted drivers insurance specialists.  All you have to do is pick the one that’s right for you.

What type of cover can I get under a drug driving car insurance policy?

This will depend on the insurance provider; some will offer a fully comprehensive policy with fire and theft cover while others will only offer a third party only basic policy. You can also get cover for a van rather than a car.

What is the cost of car insurance after a drug driving (DG10) conviction?

What is the cost of drug driving car insurance?

When it comes to any type of driving insurance policy there are a number of factors that will have an impact on the cost and the same is true with drug driving car insurance. Things that affect your policy are:

How long do I have to declare DG10 conviction to insurers?

From the date of conviction, drug driving convictions need to be declared to insurers for 5 years.

With a drug driving criminal conviction, drivers may struggle to find affordable insurance cover after serving their ban. That where we can help.

How can I save money on my drug driving car insurance?

If you are looking to save money on your drug driving insurance, then there are a couple of things you can consider:

Must I declare warnings and cautions when taking out drug driving car insurance?

If you have received a verbal warning from the police, then no you do not have to declare these. You must, however, declare criminal convictions.

While it is possible to add other people to your policy it will not lower your premiums as the convictions of drivers on the policy are what the insurance company take into consideration.

Can I still get drug driving car insurance if I have been disqualified?

If you have re-obtained your licence following a driving ban, you will be able to get insurance. The length of your disqualification will depend on the conviction you receive, 12 points on your licence in a 3-year period will usually earn you a 6-month ban. If you are banned for 56 days or more, you will need to reapply for your licence before you can drive again.

Does a DG10 conviction result in a criminal record?

Convictions for DG10 offences will result in a criminal record – even if this does not mean prison time.