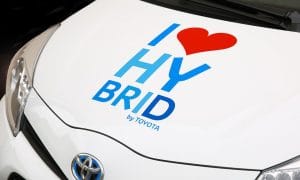 A hybrid car is a vehicle that combines a petrol or diesel engine with a battery-powered electric motor. A regular hybrid car cannot be charged at an electric charge point since there is no plug-in option. Instead the battery for the electric motor is charged by energy that’s produced from the car braking or from the engine.

Below are some of the main advantages and disadvantages of a hybrid car as well as some info to help you decide if it’s the right type of car for you.

Is it right for you?

Hybrid cars are an ideal choice if your driving time is split between urban and rural areas. While driving in built up traffic you’ll be able to benefit from the electric motor and the savings in fuel costs. When driving in rural areas though, you won’t be hindered since you still have the performance of a regular petrol/diesel engine.